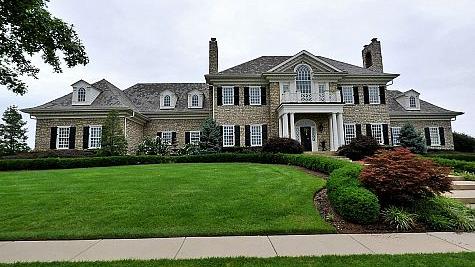 C.G. Johnson of Hartford City, Indiana is the man recognized as the inventor of the electric overhead garage door opener. It was first introduced in 1926. There is a common misconception among people that electric 88 Garage Door Track garage openers generate the power necessary to lift heavy garage doors. In reality, it is the counterbalance springs that are under tension that lifts garage doors through steel counterbalance cables.
The electric overhead opener dictates as to how far the door extends up or down and the force needed to enable movement in either direction. It also serves as a lock. Inside a typical electric garage door opener is a power unit — which is attached to a track — that houses the electric motor. A trolley linked to an arm that is attached to the top of the garage provides the back and forth action of the track, thus allowing the garage door to move up or down.
There is a chain, belt and screw mechanism that guides the trolley when the motor is turned on. You can also disconnect the garage door from the opener using a quick release mechanism in cases of machine failure or emergencies so that the door can be operated manually.
You can control the range of distance of the door during opening or closing via limit switches on the power control unit.
The whole assembly is attached above the garage door while the power unit is placed at the ceiling towards the back of the garage.
Remote Control
The first automatic garage door opener remote controls were simple in design using only a transmitter (remote) and receiver which is responsible for the opener mechanism. The transmitter used a unique frequency and the receiver upon recognizing the signal would either open or close the garage door depending on how the door is positioned.
This system was actually an application of a World War 2 technology for detonating bombs. In its prime, it was considered cutting edge. However, it did not come without its downsides. Even if the remote emitted low frequency signals it was powerful enough to interfere with the operation of other similar mechanisms. It is possible to open or close an automatic garage door located next door using one remote. Manufacturers were faced with this technical flaw and they soon developed mechanisms that would improve the remote’s technical design.
They discovered that the problem was rooted on shared frequency. To resolve this, they equipped remote controls with a range of frequencies from which owners can designate a frequency unique to their garage doors.
The third generation remote has features that would prevent individuals from duplicating or copying the frequency code of a particular remote and reprogramming it to a different remote to gain access to one’s garage doors. It uses hopping or rolling code technology in the How To Remove Grease From Garage Door Tracks remote’s mechanism. With this technology, a receiver is able to generate a different code every time it receives a signal from the transmitter. The new code that would be created will be unique to the garage door and will only respond when the correct transmitter is used.