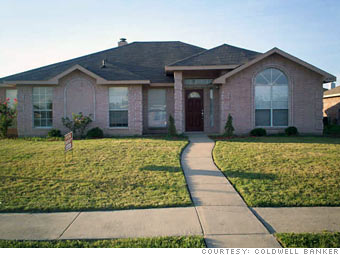 Many years ago there were no such thing as safety eyes. Garage doors would close and no matter who or what was below, they would close shut. Thankfully though, the government decided to take action to change Arched Carport Kits this. To many people were getting hurt or even killed. In 1993 the they made a low requiring every garage door made from then on be equipped with a reversing mechanism to help reduce the number of injuries.
The reversing mechanism that was implemented from there on were safety eyes. Safety eyes are those sensors that should be at the bottom of the door connected to or right next to the track. One side has a yellow light while the other side is green. The yellow light sends out an infrared beam. This beam is sent to the other side where the receiver, the green light, picks up this beam. By doing this, the two eyes can detect if anything is under the door. If they detect this the door reverses, going back up and preventing anyone from being crushed by a door.
The only problem is that sometimes the safety eyes can stop working. This happens when the two eyes stop communicating with each other. This could happen as the result of a couple things. First of all there could Garage Door Shutters be something small in the way of the eyes. That could be anything from a leaf, to a tiny spider web. These sensors are very sensitive in order to be effective, so something very small can trigger the eyes.
Another reason the safety eyes might not work would be because they got moved. They could be hit by a rake or garbage can or anything else in the garage and knocked out of place. If these eyes are lined up with one another they won’t work for the receiver isn’t picking up the beam. In any case, if you look at the lights on either eye, if they are misaligned or there is something in the way they will probably be blinking. That is an indicator they are off.
A lot of times people don’t know what is wrong with their garage door when it won’t close. A lot of the time the safety eyes are the answer to your problem. Just check the things that I mentioned earlier in the article and realign, or clear out any leaves or cob webs, and you should be working good as new.

See also  Carport Kits: Why Choose You Should Invest in One